Montpellier Hérault SC will move into the top four on Friday if they can overcome their chronic travel sickness and keep Ligue 1 Conforama's leading scorer Wissam ben Yedder quiet when they go to AS Monaco.

Montpellier could record two wins against the principality outfit in a single season for the very first time when they head along the Mediterranean coast to open Round 25, but to do so, Michel Der Zakarian's men need to find some resolve on the road.

The 2011/12 champions are in fifth place thanks in large part to their home form, and boast just a paltry single away win all campaign. That came at Amiens just after Christmas, and they have lost five of their 11 trips in the 2019-20 top-flight season, and — surprisingly for a side that prides itself on its defensive strength — have kept just one clean sheet on their travels.

'We must be more compact otherwise teams will cut through us and we need everyone to do their job well," said Der Zakarian, whose men will leapfrog LOSC Lille and provisionally claim third place with a win at the Stade Louis II.

"Our players need to be a lot better away from home than they were in the first half of the season. We need to change the commitment we put in, the determination and the ruthlessness."

That need becomes all the more urgent against Monaco. Ben Yedder has a league-high 16 goals, and with the principality side on a roll following back-to-back wins under new coach Robert Moreno, Monaco are just two points behind their Round 25 opponents at kick-off and are casting envious glances at fifth place, which will be theirs if they win.

Montpellier kept ahead of their rivals with a 1-0 win at home to AS Saint-Étienne last time o ut, a victory that came despite being reduced to ten men when Junior Sambia was dismissed.

"Each win does your mind good. It was hard fought on Sunday, but it does us a lot of good," said forward Gaëtan Laborde. "We're good at home, but if we want to have a great season, we have to get points away."

Monaco's potent attack is not the visitors' only problem. The hosts have won seven of their last nine league games at home, and Monaco goalkeeper Benjamin Lecomte, who left Montpellier only last summer, will be doubly determined to register a second clean sheet in his last three league appearances.

While Ben Yedder and strike partner Islam Slimani have contributed significantly to the 40 goals Monaco have scored this season, they have also conceded just as many, making them entertaining at both ends of the pitch.

They conceded three goals in each of their opening three league outings under Moreno, but the former Spain coach has been working on the team's solidity, and has been rewarded with just a single goal against in the last 180 minutes of league football.

"Coach Moreno really emphasises concentration and defensive solidity," explained left-back Fodé Ballo-Touré, who is playing under his third coach in little over a year since moving to Monaco from Lille in January 2019.

"He encourages us to help each other, and you can feel that more and more each game."

Neymar gets Player of the Month nod for January 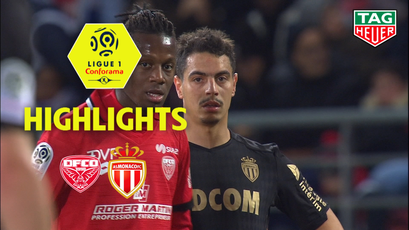 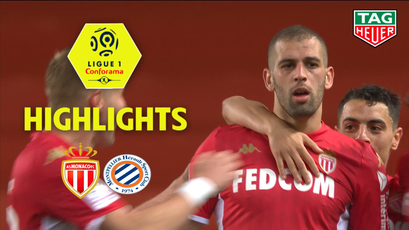