All you need to know: Paris Saint-Germain

All you need to know: Paris Saint-Germain

Zlatan Ibrahimovic famously suggested Paris Saint-Germain did not have any history until he arrived in the French capital in 2012 — ligue1.com puts the Swedish superstar right.

Paris Saint-Germain Football Club only came into being in 1970 when Stade saint-germanois — founded in 1904 — and Paris Football Club, established only 18 months before PSG, were brought together. Incredibly, the French capital had not had a professional football club since the demise of Racing Club de France and Stade français.

They actually split again in 1972 with Paris FC maintaining pro status and obtaining the Parc des Princes while PSG dropped into the amateur Division 3. Just two years later, Paris FC were relegated to the second tier as PSG moved into the top flight.

The first success did not come until the early 1980s when PSG claimed back-to-back Coupes de France in 1982 and '83, tasting European competition in the latter season as they reached the UEFA Cup Winners' Cup quarter-finals.

A series of modest league performances ended in 1985-86 when — under Gérard Houllier — PSG claimed their first French top-flight title. With a side featuring UEFA EURO '84 winners Joël Bats, Luis Fernandez and Dominique Rocheteau, as well as skillful Yugoslavian playmaker Safet Susic, they went unbeaten over the last 27 games of the campaign to pip FC Nantes to top spot by just three points. 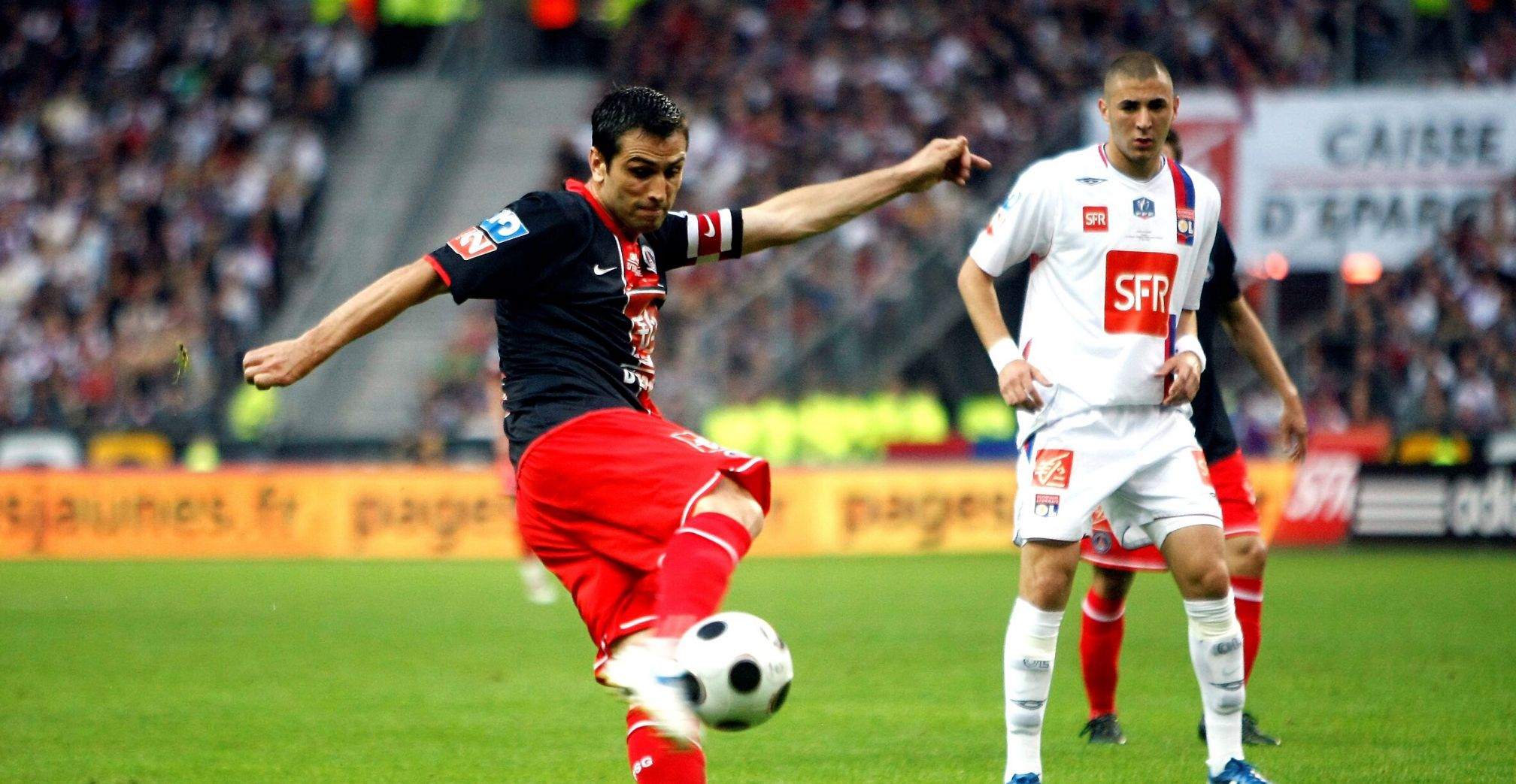 The arrival of TV company Canal+ as a shareholder in 1991 did much to change the face of PSG. David Ginola, Bernard Lama and George Weah were among the big names that arrived in the capital, and — unsurprisingly with that sort of talent — success followed. They lifted a Coupe de France in 1992-93, the league title the following year, and — after Brazilian playmaker Rai had joined — reached the Cup Winners' Cup semi-final for the second successive campaign.

Luis Fernandez's return as coach in 1994 led to the most glorious European chapter in the club's history yet. After a UEFA Champions League semi-final appearance in his first season, Fernandez — despite losing Ginola and Weah, among others — lifted the Cup Winners' Cup in a legendary final against Rapid Vienna. The side, which featured future FIFA World Cup and EURO winner Youri Djorkaeff, became only the second French club to win a European trophy with Bruno N'Gotty scoring the only goal in the final in Brussels.

The 1990s saw players such as Jay-Jay Okocha arrive, but fail to deliver serious silverware. The same was true of the early years of the millenium with even the return of the iconic Fernandez as coach and with players like Nicolas Anelka and Ronaldinho at his disposal failing to spark the team. A Coupe de France triumph in 2005-06 marked the end of Canal+'s tenure, and the five years that followed — that saw club heroes Paul Le Guen and Antoine Kombouaré appointed as coach — were equally disappointing with just the 2009/10 Coupe de France to show for their efforts and the goals of the prolific Pauleta.

According to Ibrahimovic, 2011 is when PSG started because that was when Qatar Sports Investments (QSI) took over the club. With former PSG player Leonardo as sporting director, an ambitious and costly recruitment drive followed with Ibrahimovic, Thiago Silva, Maxwell, Thiago Motta, Marco Verratti and Javier Pastore — the new era's first major signing at a French record €42 million — all joining in QSI's first year while Carlo Ancelotti replaced Kombouaré as coach.

David Beckham — arguably the world's most recognisable footballer — played out the final six months of his career in a PSG shirt and helped them lift the 2012-13 league title, the club's third overall and their first since 1994.

It was the prelude to success unprecedented in the club's history as — under Laurent Blanc, Unai Emery and Thomas Tuchel — they have gobbled up six league titles in seven seasons, four Coupes de Frances and five Coupes la Ligue to significantly swell the Parc des Princes trophy cabinet.

European success has still eluded them though. However, with QSI boldly stating they wanted to win the UEFA Champions League when they took charge, the massive double signing of Neymar Jr — for a world record €222 million from Barcelona — and Kylian Mbappé in 2017 showed the club's owners have the determination and the means to make that dream come true.

Jean-Marc who? If you're asking that, then you're clearly not a PSG fan. Born in the French capital, Pilorget still boasts the record for most competitive appearances for the club, and by far. Between 1975 and 1989, he pulled on the red-and-blue shirt 435 times — Sylvain Armand, who is second in the list, played 380 games. The only ever-present along with goalkeeper Bats in the 1985-86 title-winning side, Pilorget would have played even more matches but for a serious car accident in Decemberr 1983 that meant he turned out just once over the following season-and-a-half.

Inspired by the great Ajax team of Johan Cruyff, the club's first president, fashion designer Daniel Hechter, placed a large vertical red stripe in the middle of the shirt, a design that has been reprised many times since. Red and blue are the colours of the city of Paris with white alluding to the royal connections of Saint-Germain-en-Laye, the city just outside the capital where PSG's training centre and youth academy are currently based. The club's badge features the Eiffel Tower and a cradle, representing the badge of Saint-Germain-en-Laye, the birthplace of legendary French king Louis XIV. 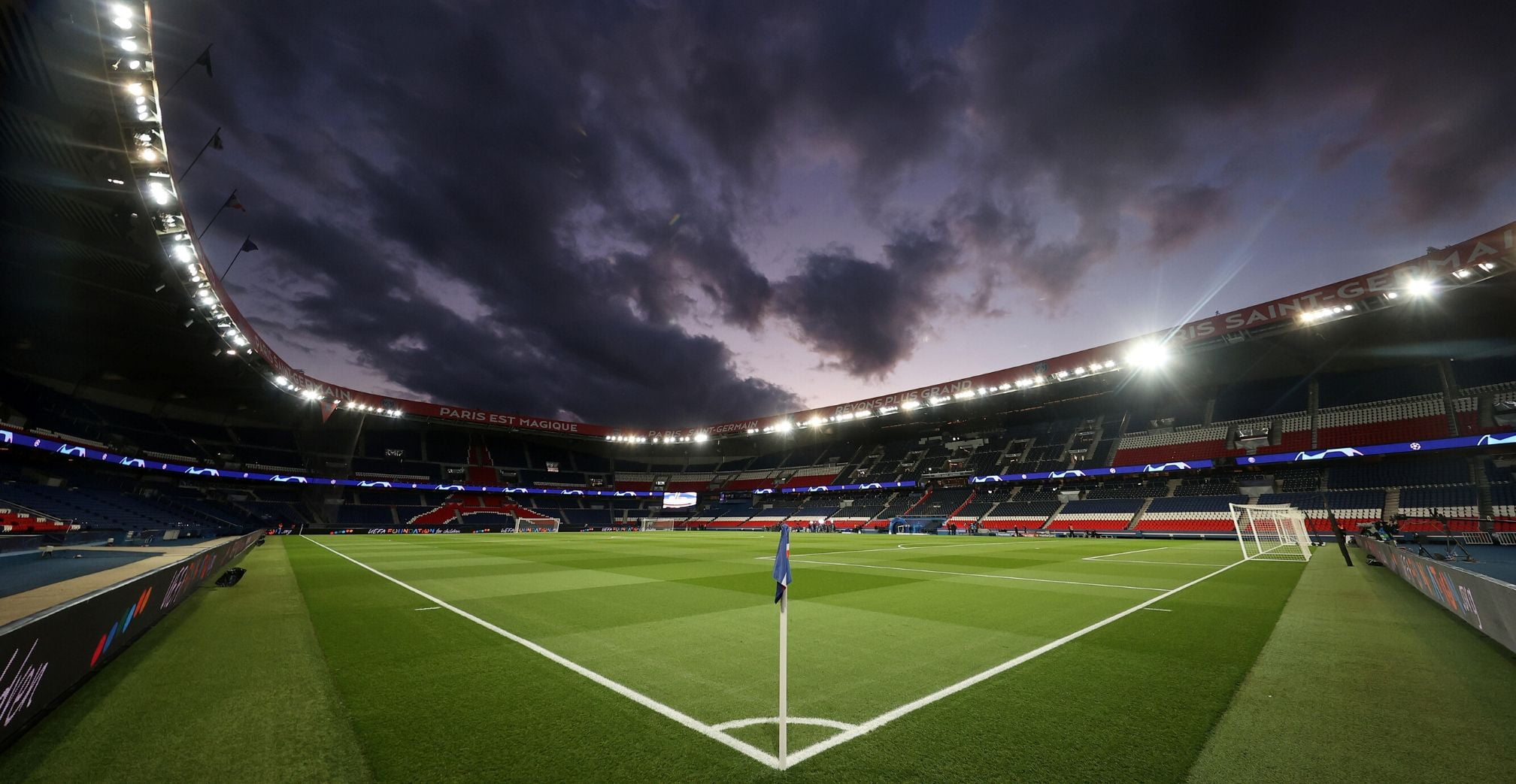 Outside the city in the 18th century, the site of the current stadium was a royal hunting ground before morphing into a pleasant place to walk for the Parisian upper classes in the 19th century. A first stadium — also incorporating a velodrome — was opened in July 1897, and staged its first football match in December that year. After a series of renovations, the face of the Parc as we know it began to take shape in the early 1970s. Until the Stade de France was built, the Parc des Princes also staged France's international games as well as the Coupe de France final. The stadium is comprised of four stands; Auteuil, Paris and Boulogne are named after geographical locations, the Tribune Présidentielle-Francis Borelli is named in honour of the club's former president, who — in a 13-year tenure from 1978 to 1991 — oversaw PSG's maiden Coupe de France and Ligue 1 successes.