It ain't broke and they're not fixing it at Montpellier Hérault SC. A new Ligue 1 Uber Eats season has kicked off but it is still the Andy Delort-Gaëtan Laborde duo bringing the misery for Montpellier's opponents. Admirably supported by a Téji Savanier in great form, the pair lead the most prolific Ligue 1 Uber Eats attack after four rounds.

Involved in five goals (two goals and three assists), Gaëtan Laborde is the league's most decisive player after four matches. He is ahead of his team-mate Andy Delort (two goals and two assists), but also Romain Perraud (SB29), Florian Thauvin (OM) and Memphis Depay (OL), all involved in 4 goals.

Although Montpellier are far behind the OL in terms of attempted shots this season (44 against 57), they do boast the most accurate shooting in Ligue 1 Uber Eats. La Paillade have gotten 28 shots on target so far this season - a league-best performance that has them ahead of neighbours Nîmes Olympique (26) and OL (25). They have also scored with 63.64% of their shots - another league-high stat - ahead of ASSE (62.07%) and Nîmes (57.78%).

That Montpellier are at the top of these statistical categories is thanks to its pair of strikers. With 11 and ten shots respectively, Laborde (joint 2nd) and Delort (joint 4th) are among the top 5 trigger men this season, and they have done so with impressive efficiency: Delort has been on target with 80% of his shots in three matches, while Laborde is not far behind on 63.64%. Delort is thus the player who has framed the most shots this season (8), just ahead of Laborde and Memphis Depay (7).

Top 5 for on-target shots this season 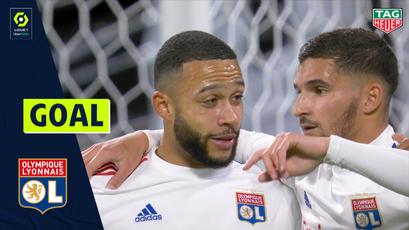