Arriving at the Stade Brestois 29 this summer from AS Monaco, Romain Faivre (22 years old) has made a fine start at the club from the Finistère department in Western Brittany - success that has led him to the French U21 team.

A flying start: after having spent some time in the AS Monaco reserves, 22-year-old attacking midfielder Romain Faivre is one of the revelations of this early season, to the delight of Stade Brestois 29.

Noted for his ball control, his incessant dribbling and his three goals in ten games, he marked October's France U21 debut with a goal (and a missed penalty) against Liechtenstein (5-1). Convincing, he was recalled by Sylvain Ripoll in November and once again found the net (one goal against Liechtenstein, 5-0).

This latest national-team call-up came a great moment for the midfielder, who had just brought down LOSC in Ligue 1 Uber Eats, playing a key role in ending Les Dogues' unbeaten start to the season just days after they had toppled the mighty AC Milan in the Europa League (0-3).

"I am not surprised that he has been recalled", said Brest coach Olivier Dall'Oglio. "And yet, it's no small matter when you have a player called up."

It must be said that the young man - who is reminiscent of a young Hatem Ben Arfa - was born under a lucky star: on 14 July 1998, when France was still celebrating earning the first star on their national-team jersey.

"He is a player who goes fast, has good technique and runs a lot. He can play in several attacking midfield positions: on the right, on the left, and in the centre in support of an attacker," says Dall'Oglio, who has used him mainly on the left. "But above all, Romain is a boy who wants to make up for time lost at Monaco. He wants to move forward, he is ambitious, he is serious, he works, he has goals."

Born in Asnières in the northern suburbs of Paris, and a product of the Tours youth academy, Faivre moved to Monaco in 2017, but only made a few Ligue 1 Uber Eats appearances in the principality. Stade Brestois 29 tried to sign him in the summer of 2019, but AS Monaco wanted to send him to their satellite club Cercle Bruges. The young midfielder refused the move to Belgium, and he spent another year with the reserves in the National 2, before Brest came calling once more.

"I'm always careful, as he is still young and can still be improved," warned Lorenzi, who isn't worried about the slight dip in his star recruit's recent performances. "It's normal for a player who is experiencing a sequence of high-level matches for the first time.

Not the first time

This isn't the first time the Breton club have brought in a bargain from Monaco: in 2018, defensive midfielder Ibrahima Diallo - also a Tours youth academy product who moved to Monaco - was the first to cross the whole of France. He has just left for Southampton in the Premier League, but Faivre met up with him last Monday with the U21s.

In the summer of 2019, Irvin Cardona, winner of the Gambardella Cup with Monaco - alongside Kylian Mbappé - in 2016, followed: seven goals in his first season, two this season, including a sensational goal! A volley in full extension, kung-fu style, in September in Dijon.

"But it's just a coincidence," explained Lorenzi. "I think there are a lot of players who are trained in good clubs in France, and not only at AS Monaco, who unfortunately don't always have the chance to break through in their first team." 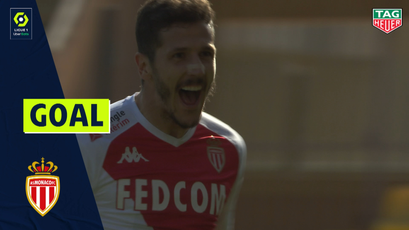 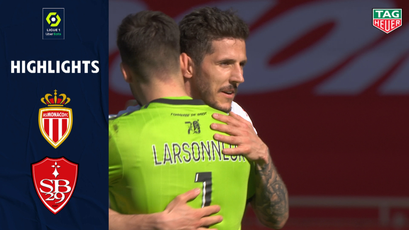