AS Saint-Étienne legend Stéphane Ruffier is set to call time on his professional goalkeeping career according to Aviron Bayonnais FC vice-president Jean-Pierre Mainard after agreeing a coaching deal with his hometown club.

The 34-year-old had previously amassed 141 clean sheets in 383 games after joining les Verts from AS Monaco in 2011, and was a Coupe de la Ligue winner with the club in 2013.

Although he spent the 2005-06 campaign on loan at Bayonne, making 38 starts in the Championnat National, he will be returning to the Basque country exclusively as a coach this time around, as the club hierarchy explained.

Stéphane Ruffier called me," Mainard told French daily newspaper Sud Ouest. "He's a real Bayonnais who began his career here. He'd planned to end his career at the end of his contract in June, but with what happened at Saint-Étienne, he's doing it sooner."

"He could have continued, signed a short-term deal at another club. But he had already decided to quit at the end of the season."

Ruffier, who also turned out three times for France in his career - keeping clean sheets in victories over Norway and Denmark - will now focus on trying to unearth the next diamond in the rough at the Stade Didier Deschamps. 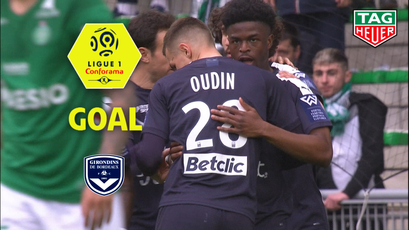