Girondins de Bordeaux may boast some French footballing legends in their squad - think Laurent Koscielny or Hatem Ben Arfa - but if they're to make a push for Europe this season, their chances could hinge on the goals of Hwang Ui-jo.

South Korea international Hwang has had to be patient to ascend to the role of first-choice striker in French wine country, with Jimmy Briand and Nicolas de Préville in his way in his first season, and Josh Maja for much of this, his second.

With English-born Nigerian youngster Maja off on loan to Fulham, Hwang is now Jean-Louis Gasset's unmistakable favourite at the point of les Girondins' attack, with three goals and an assist since the turn of the year alone…

Born in Seongnam, a Seoul satellite city that has produced a string of K-pop stars in recent years, Hwang has always made his music on the field of play, first joining Seongnam FC's youth academy in 2008, the summer he turned 16. Five years later he even dropped out of the nation's prestigious Yonsei University to resume his dream of playing professional football with the Magpies, with whom he went on to score 43 goals in 163 games, assisting 12 more.

A move to Japan's J1 League and Gamba Osaka followed - as did 31 goals and seven assists in 71 games - but despite his strong form in the Land of the Rising Sun, there was nonetheless some resistance among the South Korean support when he was called up as a wildcard for the 2018 Asian Games. Nine goals in seven matches on the way to the gold medal later, and all was forgiven, however.

Bordeaux made their move at the start of last season, and after having to settle for minutes out on the wing under first Paulo Sousa and latterly Gasset, Hwang finally looks central, quite literally, to the club's hopes of returning to European competition for the first time in three years. 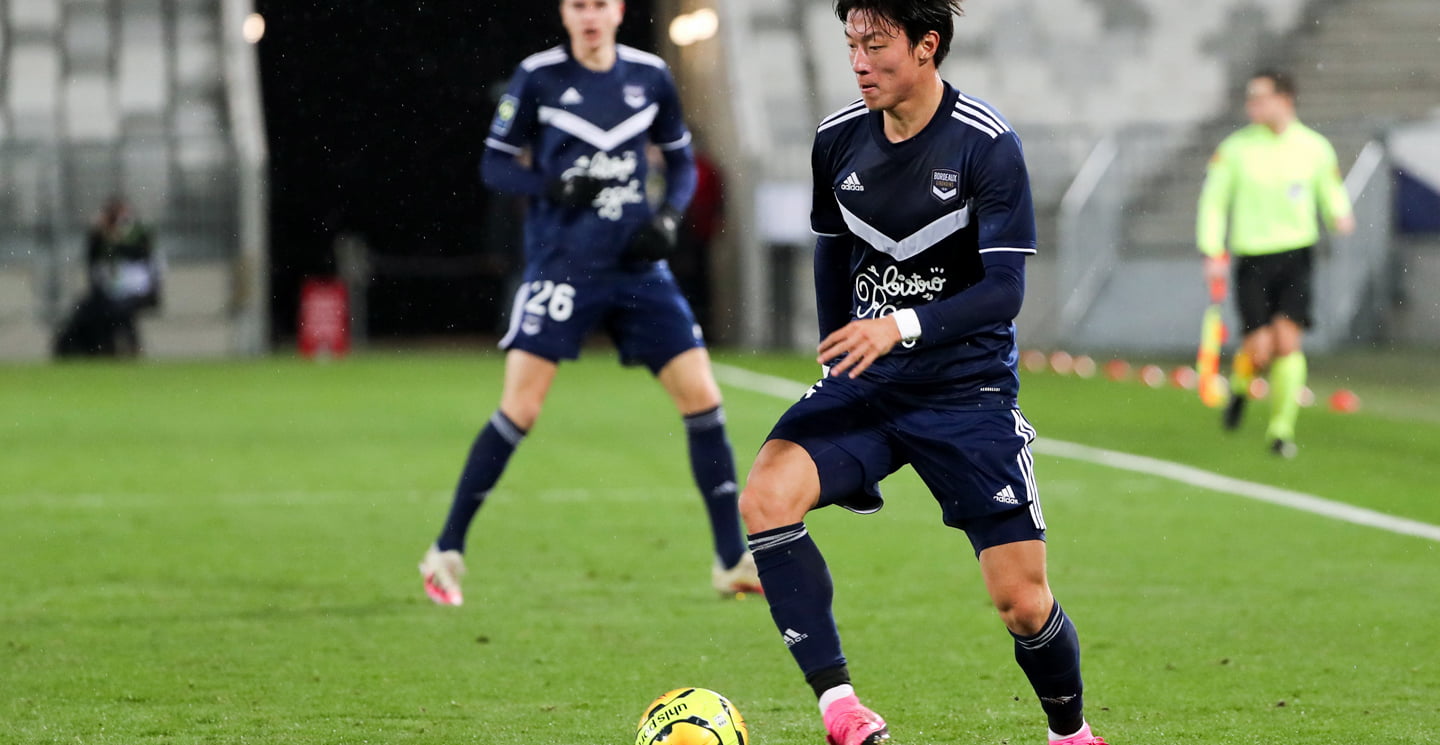 It is easy to understand why successive coaches in France were tempted to try Hwang out wide. The 28-year-old is a svelte 1.85m-tall, quick, has exceptional close control and is utterly direct - the perfect combination to receive a diagonal pass before moving play on.

Yet those same tools make him a deadly striker, and he also has a keen eye for goal, often shooting early to catch the opposition goalkeeper off-guard, regardless of his starting position.

It would be fair to say that Hwang took a while to get going this season, but then so did Bordeaux, only winning six of their 16 games before the turn of the year. Hwang only opened his account for the season in the Round 15 2-1 loss to AS Saint-Étienne, but has since been one of the form players of 2021, his brace in the recent 2-1 win over Angers SCO a particular highlight of a spell which has seen him enjoy a goal involvement every 100 minutes he has featured.

"I'm happy for Hwang and his two goals. He never hesitates to drift wide. He's a brave player, finding his feet. He's great on the counter and a wonderful player to coach."

- Gasset, after Hwang's brace against Angers.