Lionel Messi expressed his delight after finally getting his first Ligue 1 Uber Eats goal as Paris Saint-Germain sunk FC Nantes 3-1 on Saturday with a performance that was enjoyed by coach Mauricio Pochettino.

“I am pleased to score my first goal. I was really eager to get it. I had had several chances earlier in the match and in previous matches,” Messi told broadcaster Amazon Prime after putting the seal on PSG’s victory at the Parc des Princes by scoring three minutes from time in an entertaining encounter.

It was Messi’s first Ligue 1 goal on his sixth appearance, although he had already netted three times in three games in the UEFA Champions League, including a brace against RB Leipzig. He had 19 shots without scoring in the league, with seven on target, before his moment arrived.

The Argentine’s strike against Nantes capped a game which saw the home side go ahead inside two minutes courtesy of Kylian Mbappé and come close several times to adding to their lead before the interval. However, visiting goalkeeper Alban Lafont made several decisive interventions, including from Messi, and PSG then had Keylor Navas sent off in the second half. Randal Kolo Muani equalised, but Messi played the pass that led to Dennis Appiah scoring an unfortunate own-goal to put the home side back in front in the 82nd minute, before the former Barcelona man sealed the victory.

“We showed our character, but also the quality of the team,” said coach Pochettino. “We played really well in the first half. For Messi, Neymar and Mbappé I always said it was a question of connections, of spending time together and playing competitive matches. But the whole team played well and it’s just a shame we didn’t score more goals in the first half.”

Asked about Messi, Pochettino added: “I don’t think he was worried about not having scored a league goal. He is a great champion, the best player in the world, so he knows how to come through difficult spells. He has the patience, and it’s good that he scored.”

The Parisians spent Saturday night a huge 12 points clear at the top of the table from Stade Rennais FC, before RC Lens - who began the weekend in second place - played on Sunday. Pochettino’s side are now looking forward to a trip to play Manchester City in the Champions League in midweek. 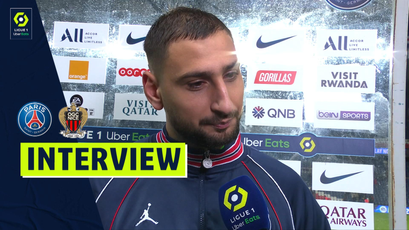 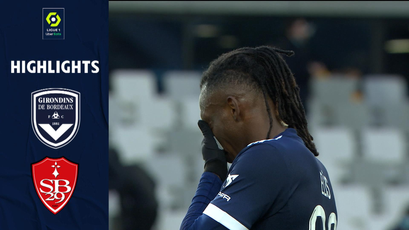