Recruited by LOSC for the next six months, Hatem Ben Arfa is back in Ligue 1 Uber Eats! We take a look at the 34-year-old's career in the top flight, from his beginnings at OL to his time with OM, Nice, Paris, Rennes and Bordeaux. Key stats…

Hatem Ben Arfa is back in Ligue 1 Uber Eats after a six-month absence and will once again be up against defenders he knows well - and who have some tough memories of facing the dribble master. A talented dribbler and a visionary creator, the newly signed LOSC player has many memorable moments to his nae in our league. And some statistics that show his importance to every top-flight side he has played for...

Since the 2006-07 season, Hatem Ben Arfa is the player who has attempted (1217) and succeeded (628) the most dribbles in Ligue 1 Uber Eats. The 34-year-old has made ten or more successful dribbles in a match on six separate occasions over that period, with only Parisian Neymar doing better (11 times). Ben Arfa's record in a single match dates back to 6 April 2008, when he completed 11 dribbles for OL against OM.

LOSC is the seventh French club for 'HBA', who has previously turned out for OL, OM, OGC Nice, PSG, Stade Rennais and Girondins de Bordeaux. Only three players have played in more top-flight teams in the 21st century (8): Toifilou Maoulida, Grégory Paisley and Alou Diarra.

In 234 Ligue 1 Uber Eats games (147 starts), Ben Arfa has been decisive on 66 occasions, with a total of 42 goals and 24 assists. His best season is undoubtedly the one he spent with OGC Nice: in 34 games played in 2015-16, the former French international tormented opposing defences, scoring 17 goals and providing six assists, his two personal bests in a Ligue 1 Uber Eats season. He was logically elected in the team of the season at the UNFP Trophies and nominated for the title of best player 2016, which was won by the irrepressible Zlatan Ibrahimovic.

During his Ligue 1 Uber Eats career, Ben Arfa has played the most games against LOSC (16), while scoring the most goals against one of his former clubs, Stade Rennais, withseven goals in 14 matches. 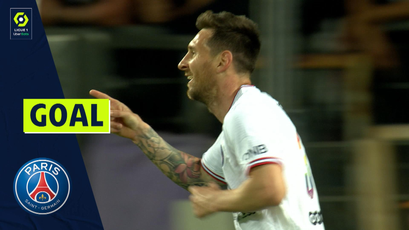