One to watch: Bruno Guimarães

Get to know Bruno Guimarães, the Brazilian January signing who has earned rave reviews for his performances since joining Olympique Lyonnais.

After a poor first half of the season, Lyon moved to add quality to their midfield when they signed the 22-year-old Guimarães from Athletico Paranaense in his homeland on a four-and-a-half-year deal for a fee of €20 million. Tied up on international duty with Brazil in the South American Olympic qualifying competition in Colombia when the deal went through, it was not until almost a fortnight after signing that Guimarães arrived on French soil.

However, he made his debut in a 2-0 win at FC Metz on February 21 and has not been out of Rudi Garcia’s side since, earning rave reviews for his outstanding display against Juventus as OL won 1-0 in their Champions League last 16, first leg. He was then the man of the match in the 2-0 derby success against AS Saint-Etienne that followed, and did not look out of place in the midweek Coupe de France semi-final defeat by Paris Saint-Germain either.

Bruno Guimarães is the seventh Brazilian member of the current Lyon squad. But who exactly is this latest South American talent to light up Ligue 1 Conforama? Read on to find out…

Back story:
Bruno Guimarães Rodriguez Moura was born on November 16, 1997 in the São Cristóvão neighbourhood in the north of Rio de Janeiro. The son of a taxi driver, like many young Brazilians, he started out playing futsal. In his case he played for Helênico, the same club where Real Madrid and Brazil left-back Marcelo began kicking a ball.

Bruno later joined Audax of Rio, whose coach had overseen the young boy’s development in futsal a few years earlier. From there he joined Grêmio Osasco Audax in the state of São Paulo before getting his big move to Athletico Paranaense on loan in May 2017, when still aged 19. His Serie A debut followed soon after, and he went on to win the Paraná state title and the Copa Sudamericana with his new club in 2018, beating Colombian side Junior on penalties in the final of the latter tournament. By then his transfer had been turned into a permanent deal.

There was more silverware last year, with Guimarães scoring in the first leg as Athletico defeated Internacional of Porto Alegre 3-1 on aggregate to win the Copa do Brasil. He was also named in the Brazilian league team of the year, one of only two players from outwith the league and Copa Libertadores-winning Flamengo side to feature in the select XI. Athletico finished fifth in Serie A last year, with Guimarães learning the ropes alongside the likes of Argentine former Olympique de Marseille star Lucho González, and the former Barcelona left-back Adriano.

It was no surprise to see the suitors queueing up for his signature at the end of the last Brazilian season, with Flamengo and Benfica keen but Atlético Madrid looking the favourites for his signature having recently also signed the left-back Renan Lodi from Athletico Paranaense. However, the influence of Lyon sporting director Juninho proved crucial in persuading the midfielder to choose them to launch his career in Europe, and a deal was completed late in the January window. 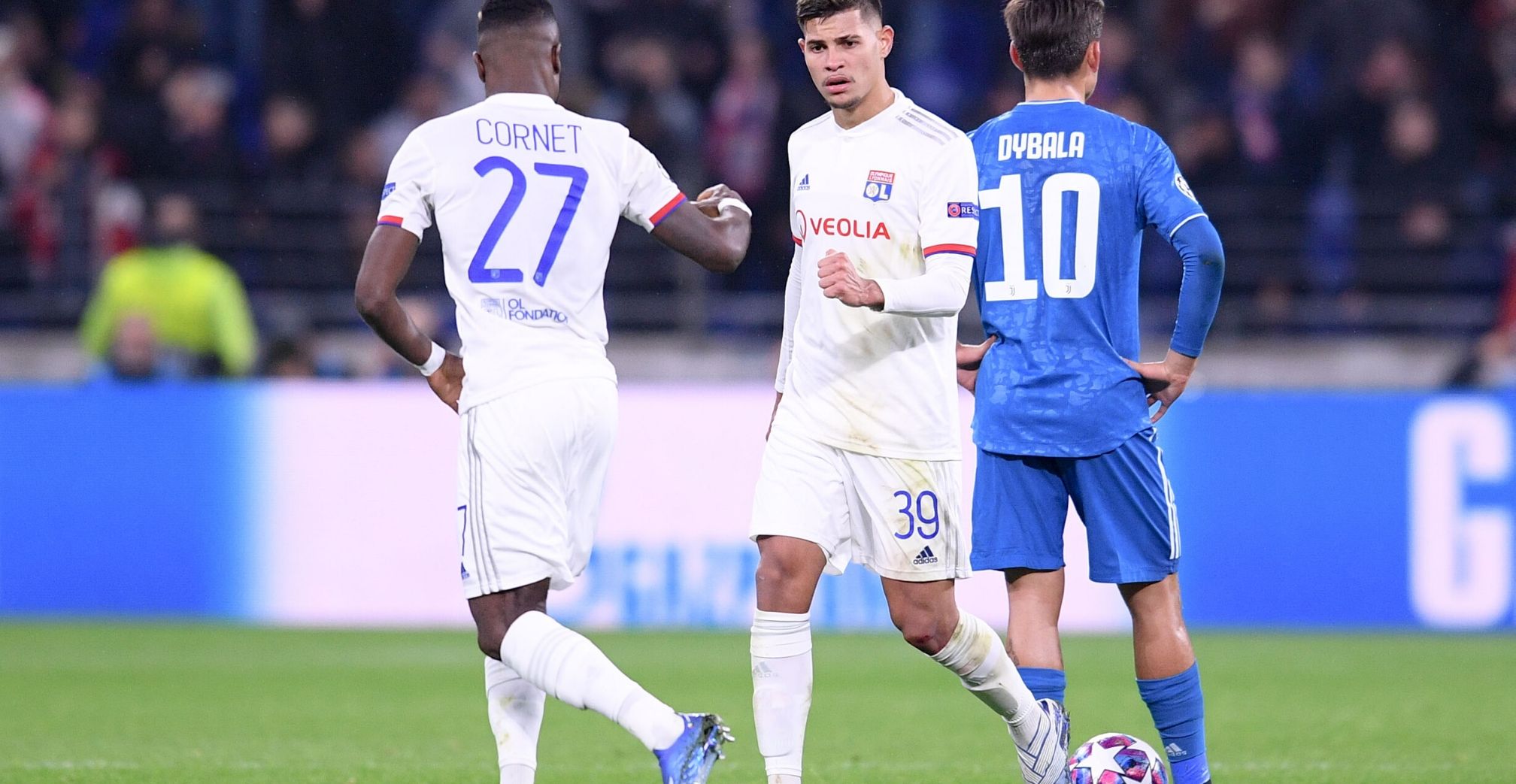 Style of play:
Guimarães has caught the eye so far at Lyon conducting the play from the centre of midfield, always playing the simple pass. His mother told L’Equipe that he fell in love with Germany midfield star Ilkay Gündogan while watching Borussia Dortmund on television as a youngster. Not a prolific goal-scorer, Guimarães has admitted that his education in futsal has shaped him as a player. “I believe my style of play, especially the passing, comes from futsal,” he said in an interview with Brazilian site Medium.com. “Because it is a shorter game, you have to think much quicker, and that has helped me a lot.”

Current campaign:
With the Brazilian season running from April to December, Guimarães has not had much time to stop recently. However, he featured sparingly in the final month of the campaign for Athletico Paranaense. By January 19 he was back on the field with Brazil in the CONMEBOL Olympic qualifying competition in Colombia, anchoring the midfield in a 1-0 win over Peru. He featured in six of Brazil’s seven games as the Seleção finished second to Argentina to secure their place at the Games in Tokyo.

His transfer to Lyon had been confirmed on January 30, just a day before the winter deadline in France, but his last game in Colombia was on February 9. A few days later he was en route to his new club, and he is already a regular in Rudi Garcia’s line-up. Last week he even had a lion tattooed on his right arm.

What you didn't know:
His choice of the shirt number 39 at Lyon may have seemed like an unusual choice, but it is in fact a nod to his father’s taxi, which was the number 39. Dick Gomez Rodriguez Moura recently told France Football magazine that when his son joined Audax in the state of São Paulo in 2015, he would drive to visit him in his taxi number 39. He did the same when Bruno was playing for Athletico Paranaense, a drive of some 10 and a half hours away from Rio in the southern city of Curitiba. “The number 39 will always be a part of our lives,” Dick said. With squad numbers in France not usually going beyond 30, Juninho had to ask the authorities for special dispensation for his new recruit to be able to wear his favourite number, a request that was accepted. 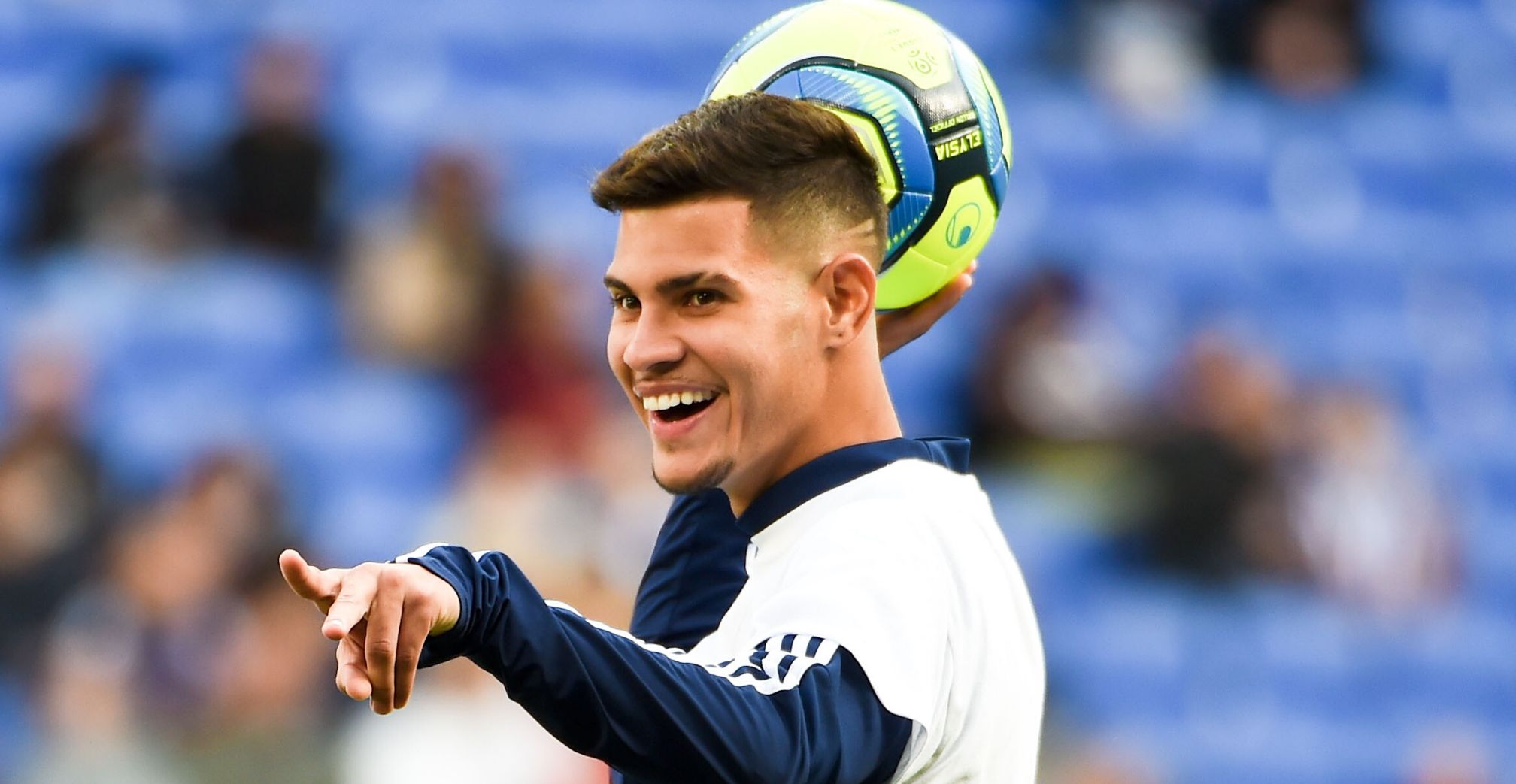 Best goal:
He has not scored many, and so his strike in last year’s Copa do Brasil final will take some beating. As the hour mark approached in the first leg of the final at home to Internacional, Guimarães found himself in the area, 12 yards out in line with the edge of the six-yard box. He swung his right boot at the ball to send it past Marcelo Lomba and into the net. Athletico Paranaense won the game 1-0 and went on to triumph 3-1 on aggregate, lifting the trophy for the first time.

What he said:
“I am a fan of players like Ronaldinho Gaúcho and Zinédine Zidane, I used to like watching them play. At the moment I like Ilkay Gündogan at Manchester City, but since I was little I have been inspired by Andrés Iniesta.”
- On the players he has most admired.

“I am a 'piano carrier' (a Brazilian expression for someone who does the hardest work but often gets little acknowledgement). I am a good passer and I use my intelligence. I always like to be close to the ball to take part more in the play. I always like to have the ball with me, but I also enjoy robbing it from opponents and coming forward with it.”
- On his way of playing.

“Juninho is responsible for my decision to come here. He called my family and my agents. He was honest and loyal. He offered me a really beautiful project for my career. That is what made me want to come to Olympique Lyonnais. I have a Spanish passport and I could have gone to Benfica or Atlético Madrid. I thank them for their interest, but I already feel at home and I am delighted with my decision.”
- On why he decided to sign for OL.

What they said:
“He is creative, brave and versatile. Believe me, this kid is worth his weight in gold.”
- Athletico Paranaense sporting director Paulo André to L’Equipe.

“I was a pundit in Brazil when I saw him for the first time and I was impressed by his qualities. He is a complete midfielder. He sees things before others. He takes risks.”
- Juninho on why he was so keen to bring Guimarães to the Groupama Stadium. 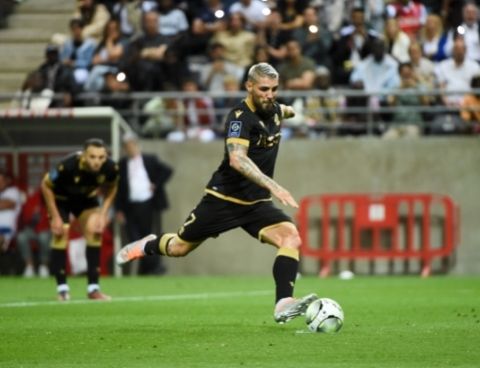 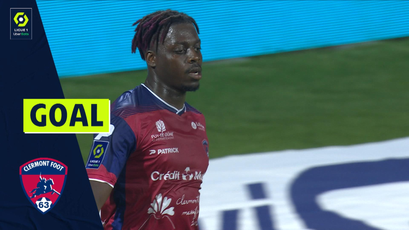