Mbappé: 'PSG reacted as a team to beat Bayern'

Kylian Mbappé acknowledged Paris Saint-Germain "suffered a lot, but we reacted as a team" to leave themselves with "a great lead" after the first leg of their UEFA Champions League quarter-final with Bayern Munich.

Mbappé scored the first and third goals with Marquinhos finding the net in between as PSG secured a 3-2 advantage to take into next Tuesday's second leg at the Parc des Princes.

But Bayern — the team that defeated PSG in last season's final — came back from 2-0 down to level thanks to former PSG man Eric-Maxim Choupo-Moting and Thomas Müller before Mbappé's 68th-minute strike gave the visitors the edge at the Allianz Arena.

"We played an excellent match, we suffered a lot, but we reacted as a team," said Mbappé, who saw Bayern have 31 goal attempts compared to PSG's six.

"We tried to hurt them with our strengths and that worked this evening. But we are only at half-time in the tie and between the two, we have a very important league match. They are a top side, there were no surprises there. We knew that we were coming up against a side that would make us suffer, but you need to get through that in order to win big matches. It's an excellent victory and a great lead."

Marquinhos scored on what was a club record 23rd appearance in a European knockout tie — the Brazil international passing compatriot Thiago Silva — but he limped off shortly afterwards, and was then joined by Abdou Diallo to leave coach Mauricio Pochettino with a defensive injury crisis ahead of the second leg.

Mbappé, however, will be ready to defend from the front in the French capital.

"As I said in Barcelona, I love these kinds of games. It hasn't always gone for me, but I'm not here to hide, I love playing these sorts of games and making the difference," said the 22-year-old, who has now struck 27 Champions League goals, the fifth-most by a French player.

"The coach wanted me to shut down the passing lanes and that I go in behind to make them run and stretch the lines as well as being a focal point of the attack. I was ready to take on the challenge, and it worked well today.

"We'll have to go into the second leg with the confidence we had today, even if they're a great team. But when you play the Champions League, you only play great teams." 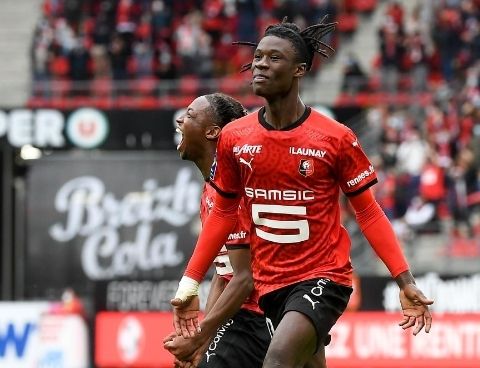