A strike from Karl Toko Ekambi and an own-goal from Rangers captain James Tavernier gave Olympique Lyonnais an opening win as the Europa League swung into action on Thursday night, and Lyon boss Peter Bosz was well pleased that his side man aged to build on an upswing in league form in Glasgow.

"The beginning of the game was not good, we lost a lot of possession and we didn't stay calm. Maybe it was understandable given the very special atmosphere, but after the first goal I think we played well," explained the Dutchman, whose side have won their last two league outings after a winless start of three matches. "A benchmark match? I can't say that, because I've only been here two months. It's true that things are getting better and better, but to play better than that, you have to play like that for 90 minutes. But in the second half we played well, really."

🎙 Karl Toko Ekambi talks about his first goal of the season -- get his reaction and more 👇👇https://t.co/u35PGSc79h#RFCOL #UEL pic.twitter.com/mzpT27VHwX

Kovac: 'Not a good game'

Meanwhile AS Monaco boss Niko Kovac also saw his side get off to a winning start, but unlike his OL counterpart, the former Bayern honcho wasn't too impressed on how his side - who have just one win from five Ligue 1 Uber Eats matches this season - played following their 2-0 league defeat to Marseille at the weekend.

"We knew we could rely on a deep squad. That's why we rotated. We knew that Sturm Graz were good defensively. We don't necessarily have the confidence in our side offensively and overall, it was not a good game," Kovac said after the narrow win clinched by Krépin Diatta in the 66th minute. "I hope the win helps us. We know we are in a difficult situation. It's very different from last season. We are aware (of the fact) that we have problems in finishing. We also lack a bit of luck. We have to work. The players are also irritated. We have to work to get out of this situation."

Sampaoli: 'Happy with the performance'

Olympique de Marseille had to make do with a single point in their Group E opener away to Lokomotiv Moscow, Faustino Anjorin (89') cancelling out Cengiz Ünder's penalty (58') at the death to hand Jorge Sampaoli's side a frustrating draw.

"Our mistake was not to take our chances, we should have scored before. We had a series of opportunities, a percentage of possession above 70%, many shots," lamented the fiery Argentine. "They scored with one of their rare shots. We're frustrated but we needed to score the second goal."

However, it wasn't all doom and gloom for Sampaoli - far from it.

"Their equaliser does not erase our very good game. We came to win and we did everything for it. Despite the end result, I'm happy to have seen this team with a lot of young lads trying to win and score. I am happy with the performance, even if the result seems unfair. Football is like that. It's a very short tournament. Sometimes we rescue a point and it's a bit unfair, tonight we dropped two. We hope to recover them quickly. We still have to work, there are still matches."

Thursday night also saw Stade Rennais FC kick off their European campaign - in the brand-new Europa Conference League - with a 2-2 draw at home to Tottenham. Unlike Sampaoli, Rennes boss Bruno Genesio was thrilled by the result even though they conceded an own-goal via Loïc Badé (11') and then a late-ish leveller to Pierre-Emile Höjbjerg (76').

"In the intentions and in the state of mind, it was our best game of the season so far. But there are a lot of regrets about the scoreline," said the former OL coach, who had Flavien Tait (23') and new striker Gaëtan Laborde (72') to thank for his side's goals. "We put them in trouble in both periods. I'm a bit disappointed with the result but what's positive is that saw a real Rennes team, with a soul. Tonight, the objective was to reassure ourselves, to show other values, now the objective is achieved, we would need two more points to be completely happy." 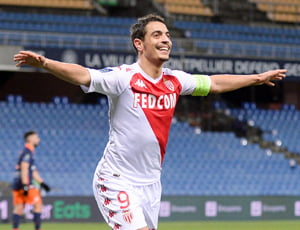 Wissam Ben Yedder on the rise