Clément Depres netted twice as Nîmes Olympique moved back up into the top half of the Ligue 1 Conforama table with a 3-1 win over Angers SCO on Wednesday.

This rearranged Week 20 fixture was a third home game in eight days for Nîmes at the Stade des Costières, with Bernard Blaquart's side having beaten FC Nantes 1-0 last Wednesday and then lost by the same score to Toulouse FC at the weekend.

The Crocodiles had already beaten Angers 4-3 away back on the opening day of the season, and they set about securing three more points here, with two goals three minutes apart just after the half-hour mark leaving them firmly in control.

Depres grabbed the opener in the 31st minute, turning the ball into the net after Sada Thioub burst into the area from the left. The hosts wasted little time in adding to their advantage, with defender Loïck Landre heading into a gaping net at the back post after Angers goalkeeper Ludovic Butelle got caught underneath a Téji Savanier corner (34').

Depres then got his second goal and the home side's third just four minutes into the second half when he pounced on a mix-up between Angelo Fulgini and Baptiste Santamaria to run through and beat Butelle.

There was a response from Angers after that, with Cristián López hitting the bar before substitute Stéphane Bahoken converted a stoppage-time penalty. Nevertheless, that was scant consolation for Stéphane Moulin's side, who had lost just once in eight Ligue 1 Conforama outings before this. They slip six points behind Nîmes, who are now 10th in the table.

The 24-year-old Nîmes-born forward was making his first start in a league game since the 3-0 win over Amiens SC on December 1, and he made the most of it. Having also netted in the 4-3 win over Angers on the opening weekend, three of his four goals this season have come against these opponents.

The Crocodiles have taken six points from a possible nine during their run of three home games in eight days, a tally that has pulled them well clear of trouble and leaves them just three points shy of RC Strasbourg Alsace in fifth. 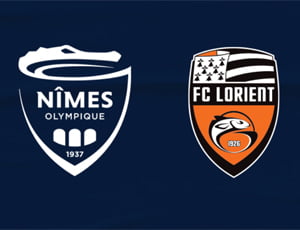