Neymar to make PSG return with Strasbourg in town

Neymar Jr could make his first Ligue 1 Conforama appearance of the season as Paris Saint-Germain look to strengthen their grip on top spot in the table at home to RC Strasbourg-Alsace on Saturday.

The Brazil international has not played for the French champions, who lead the way only on goal difference, since 11 May and a 2-1 win over Angers SCO, but following the end of the summer transfer window and the 'will he stay, will he go' saga, Neymar could pull on a PSG shirt once more.

The good news is that the world's most expensive footballer is in good form. He returned to the pitch with a goal and an assist in Brazil's 2-2 draw with Colombia in Miami last Friday, and followed that up by featuring for the last 27 minutes of his country's 1-0 defeat to Peru in Los Angeles on Wednesday.

That means his return to France — scheduled for Thursday morning European time after a potentially sapping journey from California — will be when a decision is taken on his fitness to play against Strasbourg, one that will not be taken lightly with Real Madrid coming to the Parc des Princes for Wednesday's UEFA Champions League group-stage opener.

It is far more certain, however, to see two new faces in the PSG line-up. Keylor Navas, freshly arrived from Real Madrid, flew into the French capital after playing for Costa Rica to have his first training session at the Camp des Loges on Tuesday. He will start in goal with forward Mauro Icardi, picked up from Inter Milan, also likely to make his debut.

"It's a great challenge to play for a side like Paris. This is a great step forward in my career and I hope to experience great things here," the Argentina international striker told PSG's official website. "I have come here to win titles. Paris Saint-Germain are the dominant force in France and have won a lot of trophies in recent years. We are all competitors and the supporters want us to give everything to win titles. I hope to do everything I can to contribute to the next successes of the club by scoring a lot of goals!"

Kylian Mbappé remains sidelined through injury, but it is not certain Icardi will dislodge Eric-Maxim Choupo-Moting from the starting XI. The ex-Mainz and Schalke striker has scored three times in his last two league games, including twice in the 4-0 defeat of Toulouse FC that helped Tuchel's men bounce back from their Week 2 loss at Rennes, and again in the 2-0 triumph in Metz last time out.

With Rennes beaten by OGC Nice in Week 4, no team in the division is unbeaten after four games — a first since 1963-64. Strasbourg are one of only three teams, along with Dijon FCO and AS Monaco, yet to win this season, but have suffered only one defeat — also against Rennes — with Thierry Laurey's men still proving difficult to beat, just as they did last season.

They were the only club that did not lose a league game to PSG in the 2018/19 campaign — though they were beaten in a Coupe de France tie at the Parc des Princes in January — and are the only team to have scored more than once in the French capital in PSG's unbeaten run of 21 home games.

The Alsatian club may have won just twice in their last 20 league games, but they have also drawn 11 of those matches, and in summer arrival Sanjin Prcic, who replaced Jonas Martin when he headed for Rennes, have a player who can give them a much-needed creative boost.

"I want to grow with Strasbourg," said the midfielder who initially joined the club on loan from Levante last January before making the switch a permanent one in the closing hours of the summer transfer window.

"They team showed some good things during their European games. We now have to give everything to have a good season in Ligue 1. 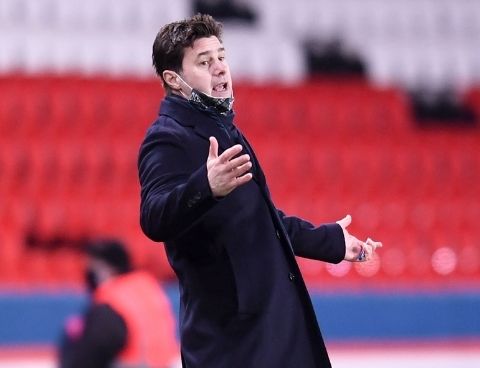 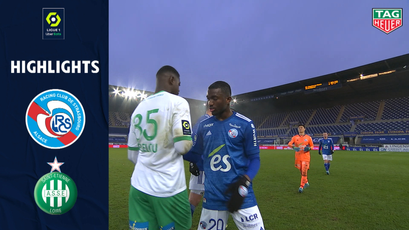