Toulouse and Angers remained in lower mid-table after playing out a 0-0 draw in a match that saw both Stéphane Bahoken and Max-Alain Gradel miss penalties.

Angers made life difficult for Toulouse from the off and were awarded an early penalty (4') when Christopher Jullien fouled the impressive Flavien Tait. Bahoken's kick was low and hard but Baptiste Reynet was able to tip the ball onto the post.

Toulouse struggled to create and could consider themselves fortunate to go in level at half-time as Romain Thomas headed wide (38') and then forced Reynet into a decent save with a powerful header. Toulouse fans had a scare (53') when Tait's free-kick hit Reynet's crossbar.

Toulouse were in the midst of an improvement, helped by Alain Casanova switching from 3-4-3 to 4-2-3-1 with Yannick Cahuzac stepping into midfield. TFC were awarded a penalty when Thomas went in late on Matthieu Dossevi (72'). Like Bahoken before him, Gradel failed to score, Ludovic Butelle getting enough of a left hand on the ball to get it over the bar.

Gradel tried to redeem himself (73') but his left-footed shot was cleared off the line by Vincent Manceau as the clubs shared the points, leaving TFC eight points above 18th and Angers six points clear of Amiens.

The Ivorian international struck two confident penalties at home to Reims on Tuesday evening, one to force a penalty shootout and the next to help TFC into the next round. The Toulouse captain's failure against Angers was his first since missing against Nîmes back in August. That night he bounced back by scoring the winner from the spot.

Toulouse have failed to win any of their last nine home Ligue 1 Conforama home games (5D, 4L) and only Monaco (11) have fared worse than that. 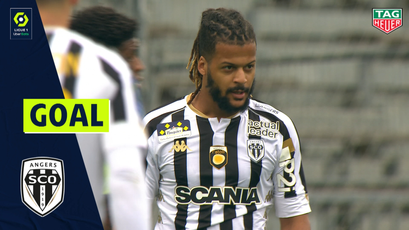