All you need to know: Olympique de Marseille

Olympique de Marseille — OM for short — are one of Europe's most iconic football clubs and the first French side to be crowned continental champions. ligue1.com lifts the lid on the story behind the legend…

Founded in 1899, making it one of France's oldest professional clubs, its motto 'Droit au but' (straight to the goal) actually comes from Football Club de Marseille, which was founded by René Dufaure de Montmirail — also OM's founder — two years earlier.

Initially, the club's rugby team was more successful than its football side, but the round ball eventually surpassed the oval, and OM claimed three Coupe de France between 1924 and 1927.

Along with OGC Nice and FC Metz, Marseille are one of the only current top-flight clubs that featured in the 1932-33 campaign, the first professional season in France, and the first of their nine league titles followed in 1937 — pipping FC Sochaux-Montbéliard on goal difference — either side of two more Coupe de France triumphs. They were champions again in 1948, but the 1950s were a struggle, often avoiding relegation by the skin of their teeth and the goals of Gunnar Andersson, the Swede who is still their all-time leading scorer. They did drop into the second division in 1959, but returned in 1966, won the Coupe de France three years later, and then lifted back-to-back top-flight titles in 1971 and '72, recording the club's first 'double' in the second season.

Those successes were built largely on the potent partnership of Yugoslav striker Josip Skoblar and Swedish winger Roger Magnusson, and marked the high point of a decade that saw AS Saint-Étienne become the dominant force in French football while OM slid out of the reckoning, and after yet another Coupe de France win in 1975-76, they were relegated.

The arrival of Bernard Tapie as president in 1986 would have a defining impact on the club. The charismatic businessman brought in the likes of Eric Cantona and Uruguayan legend Enzo Francescoli — the idol of Zinedine Zidane when he was growing up in the city — and the result was European success with a semi-final place in the European Cup in 1989-90, and runners-up in the competition the following year with the likes of Jean-Pierre Papin, Chris Waddle and Abedi Pele in the side. 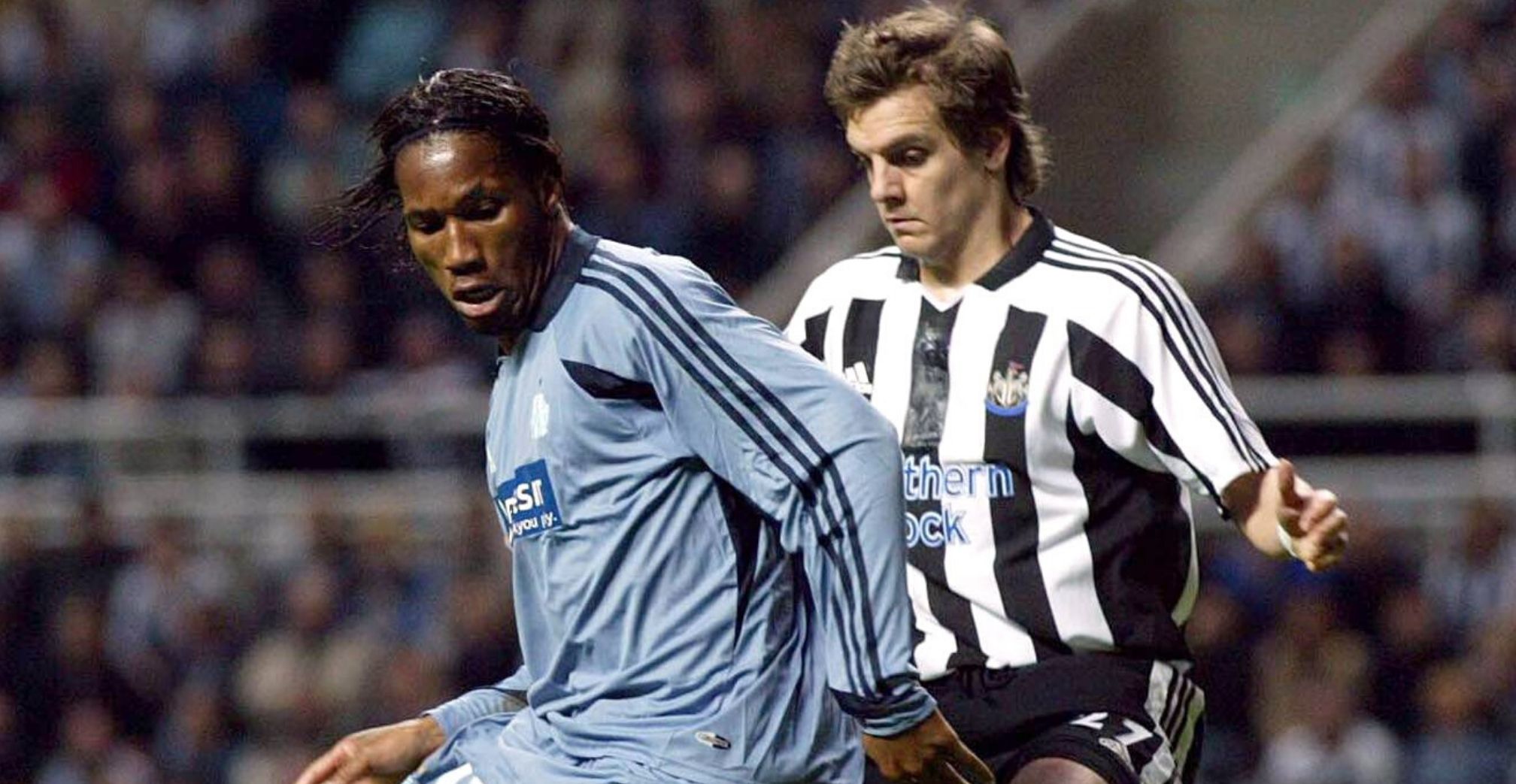 Two years later, only one of that iconic triumvirate would remain at the club as a team with Didier Deschamps as captain defeated AC Milan 1-0 thanks to a Basile Boli header to become France's first-ever European champions, and a slogan 'À jamais les premiers' (forever the first) was born.

One year later, the team fell apart as revelations of attempted fixing of a league game against Valenciennes — staged just four days before the 1992-93 UEFA Champions League final — emerged. After finishing Ligue 1 runners-up in the 1993-94 season, OM were relegated to Ligue 2 as punishment, Tapie stepped down in December 1994, and things have nnever been the same since.

They did reach the UEFA Cup final in 1998-99 and 2003-04 — with Didier Drogba sensational in his one and only season at the club — and picked up another Ligue 1 title in 2009/10 — with Deschamps back as coach — while also reaching the UEFA Europa League final in 2017-18, but the passionate OM fans are still waiting for the day their side can seriously challenge arch-rivals Paris Saint-Germain on the domestic and European scene.

The current badge is very similar to the one first used in 1899. White was chosen for the team's shirts to reflect the purity of the Olympic spirit, and while the players first wore black shorts and socks, then white shorts and blue socks, they have both kitted out in all-white since 1986-87. The blue socks did make a return for the 2018-19 season, while the club's 'away' kit has always been all-blue albeit in different shades.

Andersson may be the club's all-time top scorer, goalkeeper Steve Mandanda has most appearances, while Papin is OM's only Ballon d'Or winner, but mention Skoblar's name, and watch OM fans (of a certain age!) go all misty-eyed. 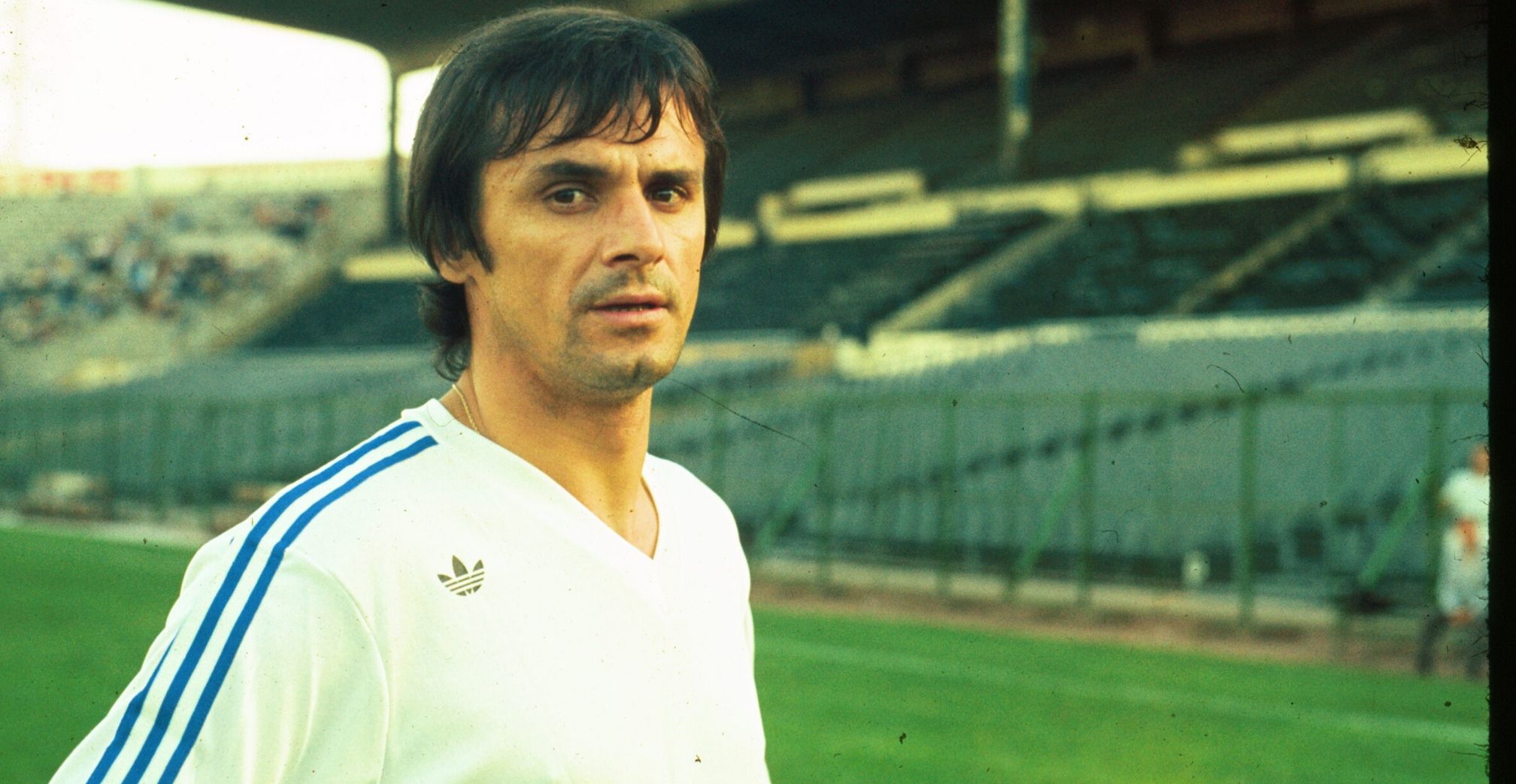 He initially joined Marseille on loan in 1966 after leaving his native Yugoslavia for Hannover, but returned to Germany for two years before switching to OM permanently in 1969 for the start of a love affair based on goals.

Skoblar finished the league's top scorer in each season between 1971 and 1973, helping OM to two league titles, and earning himself a slice of French football history: his 44 goals in the 1970/71 league season remain a record to this day.

"When I saw him in front of goal, I thought, 'Shoot with the left instep…with the outside of the right…with the head, now!' And he had already done it, scoring every time, in the only way possible, in a fraction of a second," said former France international striker Just Fontaine, who holds the record for most goals scored in a single World Cup.

Skoblar finished with 151 league goals for OM, including 100 in his first 100 games for the club. He returned briefly to work as sporting director and even interim coach for a single game around the turn of the millenium before taking up a role as an OM scout.

Marseille had played at the Stade de l'Huveaune between 1904 and 1937 when the Vélodrome was inaugurated with a friendly against Torino. Initially with a capacity of 35,000, the stadium's size has been increased with the removal of the cycle track around the pitch that gave it its name with renovation for the 1998 FIFA World Cup in France taking it to 60,000. 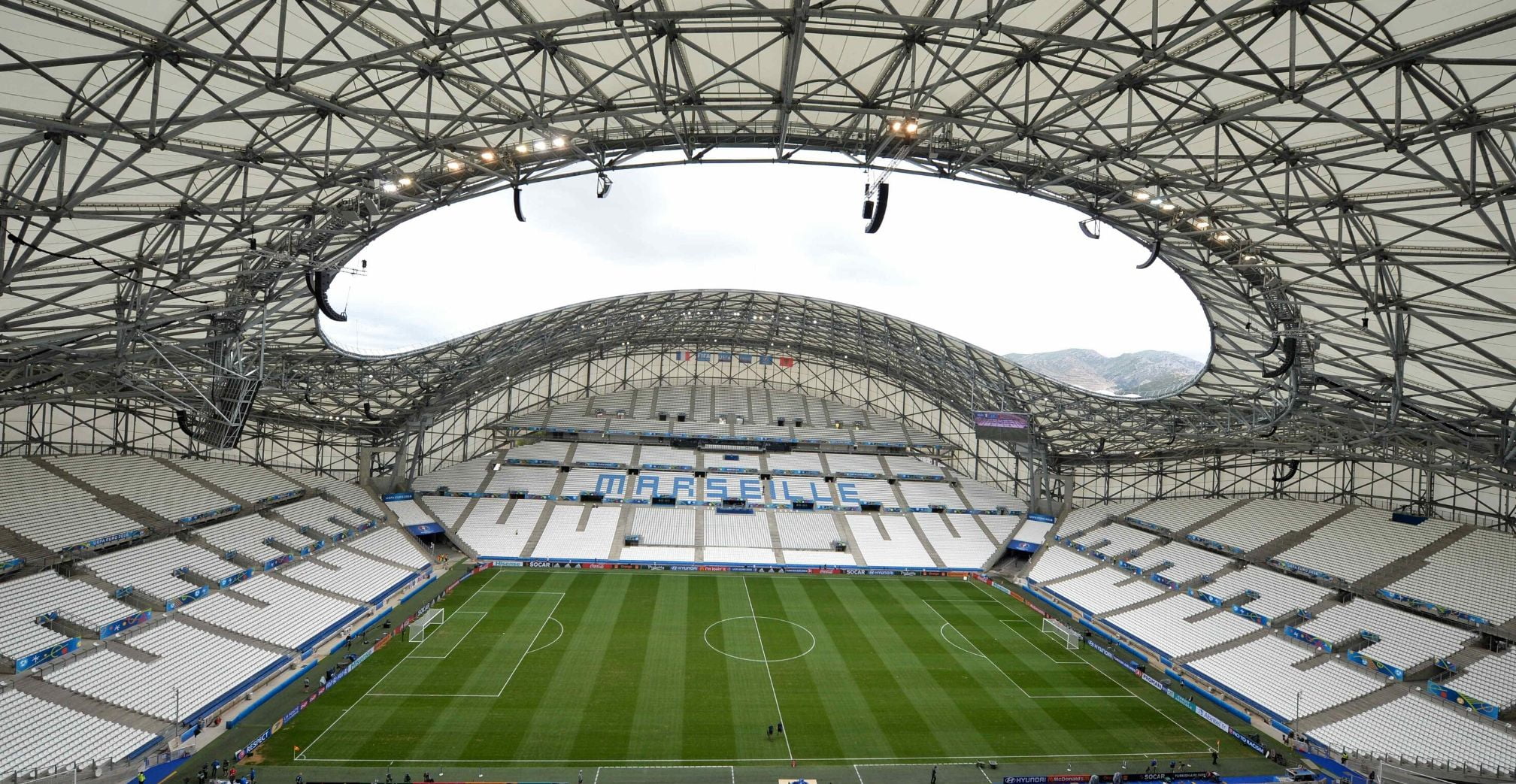 That was lifted to 67,000+ for UEFA EURO 2016 when the roof was also added, making it one of the most structurally stunning venues in world football, and one of the noiseiest too. Second only to the Stade de France in size in France, the Vélodrome staged matches at the 1938 FIFA World Cup, and even provided the backdrop for a baseball game played by US troops at the end of the Second World War.

The two stands — Gustave-Ganay and Jean-Bouin — and the two ends — Virage Nord Patrice de Peretti and Virage Sud Chevalier Roze — are all named after people connected closely to the club or the city of Marseille.

'Olympique' was chosen for the club's name as the Olympic spirit was in vogue following the recent inaugural Games in Athens in 1896. Also, the club — like many at the time — was not only a football club, but included sections for fencing and boxing among others, while Marseille has Greek roots, and 1899 marked the 2500th anniversary of the city's founding by the Phocaea. 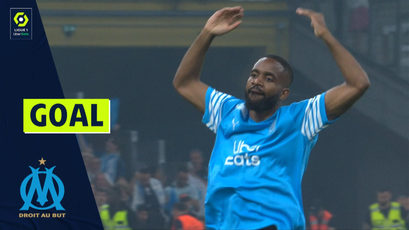 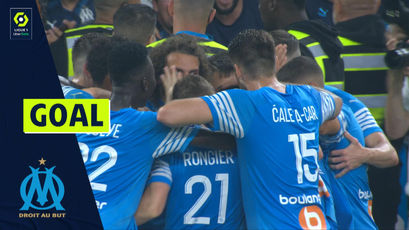