Strasbourg's record signing Habib Diallo is in line for his debut when the Alsace club host Olympique Lyonnais on Sunday lunchtime.

Signed for 10 million euros from Metz, the Senegalese international will be aiming to pep up an attack that has managed only four goals so far this season with Thierry Laurey's side sitting a lowly 18th in the table approaching the Round 7 action.

With the 2019 Coupe de la Ligue winners misfiring in attack, Diallo's signature has been welcomed by the Strasbourg squad.  Midfeilder Adrien Thomasson, who signed a three-year contract extension this week, said: "Before extending my contract I asked for certain sporting guarantees. Signing him proves the club is ambitious. Having played against him twice last year, I remember a player who is complete and very adroit in front of goal. He hurt us by scoring at La Meinau."

Former Strasbourg player Gerald Baticle is OL's assistant coach and the former attacker is quoted in Alsa'Sports as saying: "The two teams need to get going again and win in order to gain confidence and to give themselves a lift in terms of the Ligue 1 standings."

Baticle: "No further excuses will be possible"

Champions League semi-finalists OL have managed only seven points from six matches in 2020-2021, matching their haul from 2014-2015 when they went on to finish second. Coach Rudi Garcia has a headache when it comes to goalkeepers with first choice Anthony Lopes and back-up Julian Pollersbeck both testing positive for coronavirus. 21-year-old youth product Malcolm Barcola - a Togolese international - could be in line for his debut this weekend.

Houssem Aouar, captain Memphis Depay and striker Moussa Dembélé are all still OL players with the transfer window having shut and Baticle commented: "Now it's over. The transfer window is closed and no further excuses will be possible. It's down to us to become more effective in order to make up the gap on our rivals and to get back into the race."

OL have won none of their last four away Ligue 1 Uber Eats matches and - with four of the club's seven league goals having come in their opening win against Dijon - Baticle has pinpointed a problem: "We started well by beating Dijon but then we lost our effectiveness in attack and that has stopped us getting wins. It's not as if we've been losing matches but we have dropped points by not being able to kill off games." 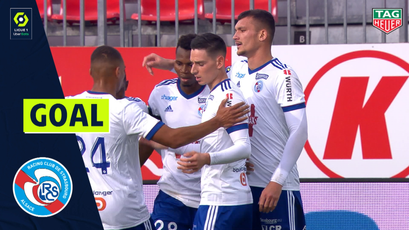 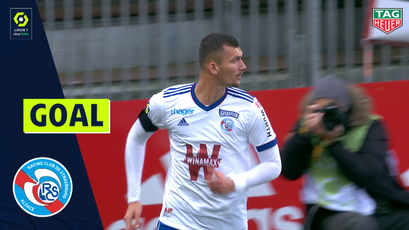