Olympique Lyonnais are seeking to continue their excellent recent record in the Olympico as the title contenders head to the Orange Vélodrome on Sunday to face troubled Olympique de Marseille.

The rivalry between these clubs has intensified over the last decade at a time when Paris Saint-Germain have dominated Ligue 1, leaving OM and OL to regularly compete with each other for UEFA Champions League qualification. This season things are different, with Lyon in the thick of a four-way battle for the title while Marseille struggle to stay in contention for European qualification of any sort.

Lyon, who ended last weekend in second place, three points behind leaders LOSC, have lost just two of their last 20 league meetings with Marseille, going back to 2010. Rudi Garcia’s side are also undefeated in their last 11 away outings, a run that stretches back to September.

OL have the momentum and are trying to keep alive the dream of a first league title since 2008. They are up against the might of the Qatari-owned PSG, the nous of Christophe Galtier at Lille and a resurgent AS Monaco, who last won the title in 2017, but Lyon president Jean-Michel Aulas has his eyes on the biggest prize rather than simply securing a top-three finish.

Aulas and ‘the quintessentially French club’

“We would really be thumbing our noses up at them, if we managed to beat these major powers as a quintessentially French club run by a local entrepreneur,” Aulas said this week in an interview with sports daily L’Equipe, alluding to the influence of Russian owners at Monaco and a Luxembourg-based investment fund now in charge at Lille as well as the modern PSG project.

Such comments suggest that Aulas is not so worried right now by Marseille, but he knows that OM have other concerns at the moment, with the former Champions League winners in crisis off the field as well as on it.

Marseille approached this weekend down in seventh place, two points adrift of fifth, the position which brings with it a spot in next season’s inaugural UEFA Europa Conference League. That is the very minimum OM need to be aiming for, and they are unbeaten in their last four games under interim coach Nasser Larguet, the club’s youth academy director who deserves credit for having provided a calming influence following the departure of André Villas-Boas.

Larguet always knew he was simply warming the bench until a permanent appointment was made, with excitement growing around the Vieux Port in recent days amid the reports of the imminent arrival of former Chile, Argentina and Sevilla coach Jorge Sampaoli, who has just left Atletico Mineiro of Brazil.

After just one win in nine in the league, Marseille need the lift that the arrival of a high-profile new coach will bring, but things are not about to get any easier, with a trip to Lille in midweek following this game. OM will be without left-back Jordan Amavi, who has succumbed to injury once again having hardly featured since early December. On the other side of the defence there will be no Hiroki Sakai, with the Japanese right-back banned for two games after his late red card in last week’s 1-1 draw at FC Nantes, when they were rescued by a Dimitri Payet equaliser.

Arkadiusz Milik might at least feature after an injury-hit start to his Marseille career following his arrival from Napoli, which would be very welcome given Dario Benedetto remains banned after his recent sending-off in the 0-0 draw at Girondins de Bordeaux.

Lyon, who won 3-2 away to Stade Brestois 29 last time out, have been waiting on the fitness of Brazilian centre-back Marcelo after he sat out that trip to Brittany. Garcia, who is out of contract at the end of this season, must also decide whether to restore Tino Kadewere to his line-up. The Zimbabwean has enjoyed an impressive debut top-flight season but was dropped to the bench in Brest, as Garcia ditched his previously favoured 4-3-3 formation for a 4-2-3-1, with Houssem Aouar moving across to the left.

Aouar has scored in each of the last two meetings of the sides, netting from a penalty to earn OL a 1-1 draw at the Groupama Stadium back in October having also scored the only goal when Lyon beat Marseille 1-0 in the Coupe de France quarter-finals a year ago. 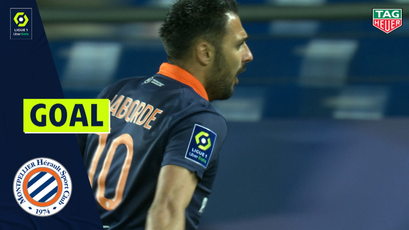 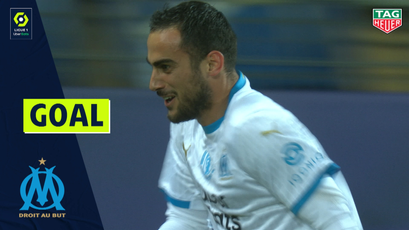