Despite still being just 22 years of age, Mattéo Guendouzi has already played in three major European leagues. Take a look at the PSG youth academy graduate's peripatetic beginnings as he gets set for a grand return to Ligue 1 Uber Eats, at Olympique de Marseille.

While Pierre-Emerick Aubameyang and Alexandre Lacazette are the players with whom he has played the most in the professional game, Mattéo Guendouzi has the distinction of having more experience abroad than in France - at just 22 years of age!

Indeed, the France U21 international (20 matches) first played in Ligue 1 Uber Eats (eight matches), then in Ligue 2 BKT (18 matches), before joining the Premier League (57 matches with Arsenal) and the Bundesliga last year (24 matches with Hertha Berlin).

Although he was in pre-youth training at Paris Saint-Germain until he was 15, it was at FC Lorient that Mattéo Guendouzi completed his apprenticeship, under the direction of Régis Le Bris, with the highlight being a French U17 championship title with Les Merlu in 2015, then also a quarter-final in the Gambardella with the U19s two years later.

The OM loan signee took his first steps in France's top flight at FC Lorient, under Sylvain Ripoll, on 15 October 2016, coming on to replace Walid Mesloub in the 76th minute.

Guendouzi's last steps in Ligue 1 Uber Eats took place against OM, but at the Stade du Moustoir in Brittany. As a result, the player will make his Orange Vélodrome debut as a Marseille player never having played on that hallowed turf with his previous teams.

When Sylvain Ripoll decided to hand Guendouzi his Ligue 1 Uber Eats debut, Mattéo Guendouzi was just 17 years and 184 days old - the became the fourth-youngest player of the 2016-17 season. The teenage midfielder was only beaten in these stakes by Vincent Thill (Metz), Kenny Rocha Santos (ASSE) and Zaydou Youssouf (ASSE).

A valuable part of Emery's Arsenal

Once he had jumped the Channel to join the Gunners, Guendouzi immediately won the trust of coach Unai Emery, who included the frenchman in his starting line-up at the start of the season. In 33 games, Guendouzi showed himself to be an excellent player in the midfield and in the back line.
In his two seasons in London, the Frenchman appeared in some of Arsenal's top stats in the league, starting with the second-highest total of fouls drawn (111), the second-highest total of successful passes into the opposition half, ahead of Mesut Özil, for example, and the third-highest total of balls recovered in the team.

Top five in the Bundesliga

Last season in the Bundesliga, the third major league of his career, Guendouzi brought those same qualities to the table - in addition to his customary high workmate - at Hertha Berlin. The newly signed Marseille man appeared 24 times and finished the season in the league's top five for distance covered with the ball at his feet (3.95 km). He was also the second-best Berliner in terms of the number of fouls drawn, including two for penalties. In terms of passing, Guendouzi maintained his technical quality with an 81.6% success rate in the opposing half, the highest at his club.

Although he has already been called up twice for Les Bleus, the U21 international has not yet appeared for the senior team. He received his first call-up in September 2019, aged 20, for the Euro qualifier against Albania at the Stade de France, following Paul Pogba's withdrawal. France U21 captain, he was called up again two months later by Didier Deschamps for the matches against Moldova and Albania, but continues to await his first cap.

TRANSFERS: All the summer moves 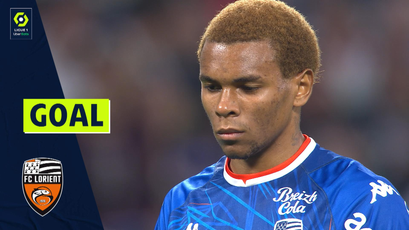