Paris Saint-Germain got back to winning ways as did Rennes who hit Bordeaux for six, while Nice took full advantage of Marseille's dropped points. Check out the action from an exciting Round 21 of Ligue 1 Uber Eats here!

Paris Saint-Germain ended their sequence of back-to-back draws with a Kylian Mbappé-inspired 2-0 win at home to Brest.

It's as you were at the top for the capital club who maintained their 11 point advantage over second placed Nice.

"I am pleased with the overall performance of my players," said PSG coach Mauricio Pochettino after watching his side claim their 15th league win of the season. "There are always things to improve, but I think it was important to win our first home game of the new year. It's different football when our fans are not here in the Parc des Princes but overall I am happy with the performance and the three points."

Thuram seals the points for Nice

A fantastic goal from Khéphren Thuram ensured Nice saw off Nantes 2-1 at the Allianz Riviera.

Kasper Dolberg put Les Aiglons in front from the penalty spot (21') before Nantes equalised on the stroke of half time through Andrei Girotto's free-kick.

But Nice got their winner in the 56th minute when Thuram beautifully finished off a move he started on the half-way line, to keep Christoph Galtier's men in second place on the table, two points ahead of Marseile.

"It wasn't an easy game, to say the least," said Nice coach Galtier whose side have now recorded four-consecutive Ligue 1 victories. "We started the first half well, but as soon as we scored, we took our foot off the gas and it was no surprise that Nantes equalised.We let them back into the game far too easily and we need to address that for the future."

A superb strike from Cengiz Ünder earned Marseille a point in a 1-1 draw at home to reigning champions LOSC.

Sven Botman found himself unmarked to head the visitors in front (15') but the game turned on its head when LOSC midfielder Benjamin Andre was dismissed for two-bookable offences within two-minutes of each other (33').

"It was a tough game for us,'' said Marseille coach Jorge Sampaoli. "We may have controlled the game but LOSC are the defending champions, They are a team with a lot of experience. We dominated the game but we lacked a little bit of luck."

First-half goals from Martin Terrier (32') and Benjamin Bourigeaud (43') put the hosts in the ascendency but matters were made worse for Bordeaux when midfielder Issouf Sissokho was dismissed (50') for a second bookable offence.

Rennes showed no mercy and added to their tally through Gaëtan Laborde on the hour, Adrien Truffert (69') and two late strikes from Sehrou Guirassy to move Bruno Genesio's men up to fourth whilst Bordeaux slip to 19th thanks to the dent in their goal difference caused by the Breton club.

Clément off the mark

Monaco coach Philippe Clément secured his first win as Monaco coach in his side's 4-0 destruction of Clermont at the Stade Louis II.

Sofiane Diop broke the deadlock on the stroke of half-time before Wissam Ben Yedder added a brace (55' & 62') to join LOSC's Jonathan David at the top of the scoring charts. Caio Henrique added to the tally (83') to move Monaco up to fifth as Clermont remained deep in the mire, one place above the drop zone.

Séko Fofana hit a fantastic 95th minute winner as Lens came from behind to beat Saint-Etienne 2-1 at the Stade Geoffroy Guichard.

Lens striker Florian Sotoca's 77th minute equaliser cancelled out Ryad Boudebouz's first-half volley for Les Verts (38') but the hosts were unable to do anything about Fofana's last-gasp winner to send Lens up to sixth on the table.

Strasbourg came from behind to beat fellow European hopefuls Montpellier 3-1 at the Stade de la Meinau.

Florent Mollet gave Olivier Dall'Oglio's side the perfect start with an 11th minute opener but the game turned on its head when Montpellier's Elye Wahi was dismissed for a reckless challenge (66').

Dembélé converted from the spot in the 33rd minute after Troyes defender Erik Palmer-Brown was adjudged to have handled in the box. The win sees Peter Bosz's men move into 11th place ahead of Friday night's derby at home to Saint-Etienne.

A second-half header from Ibrahima Niane gave Metz a vital three points in their bid to avoid the drop.

Niane rose to head home Thomas Delaine's cross (61') to move Fréderic Antonetti's side out of the bottom three and up to 15th on the table.

Lorient and Angers drew 0-0 at the Stade du Moustoir in a game that saw Angers play for 76 minutes with ten-men after the sending off of Souleyman Doumbia.

Angers remain 12th whilst Lorient climb one place to 18th. 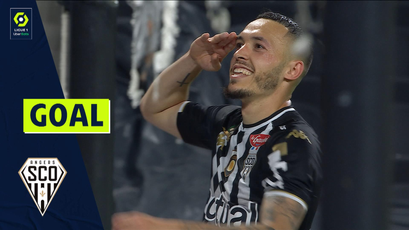